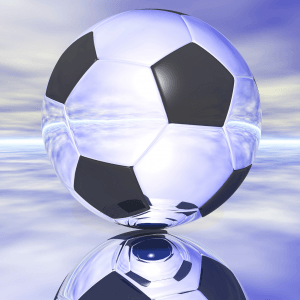 FIFA, the governing body for association football (soccer) needs to get to grips with the scandal that has engulfed the organisation in the last couple of weeks by cleaning up its act. We argue here that the only way is ethics.
In recent years FIFA has been dogged by accusations of corruption, particularly the award of the 2018 World Cup to Russia and the 2022 World Cup to Qatar. In December 2014, FIFA chose not to release its own investigation into corruption which it says exonerates the bidding process.
Last week, seven FIFA officials were arrested in Switzerland at the request of the US authorities after a total of 14 people were indicted for corruption. Sepp Blatter, the recently re-elected president of the organisation resigned earlier this week amid reports he too is under investigation in the United States.
Former FIFA executive Chuck Blazer has admitted that he and others on the executive committee “agreed to accept bribes” in connection with the choice of South Africa as 2010 World Cup hosts.
The counter-argument goes that whilst ethics and values should not be underestimated in today’s environment, they’re not the same the world over. Concepts of what is right and wrong, moral and immoral, ethical and unethical are present in all societies however there is significant variability in ethical standards across different cultures. Bribes and kickbacks for instance are commonplace when doing business in some countries in Eastern Europe, Africa, Latin America and Asia.
This said, FIFA are allegedly the organisation taking the bribes, not paying them.
So, what of those paying the bribes?
If your business operates in a part of the world where paying bribes and offering ‘kickbacks’ are essential to the success of your organisation, then you need to decide whether you want to trade in those areas. If you do, then you need to be as transparent as you can be with your stakeholders.
A good starting point for this is to decide what your own values are (including ethical values) and share these values with your stakeholders (staff, shareholders, customers etc.). These values are highly important as most people believe that it is their duty to fulfil the values and expectations of others.
Ethics are essentially a code of moral principles and values that govern the behaviour of people or a group with respect to what is right or wrong.
Human actions can be broken down into three ‘domains’:
The point here is that many people think that if it’s not illegal then it must be OK – it must be ethical.
So why should we be ethical in our own businesses?
I believe the answer is twofold:
Irrespective of the size of the organisation, stakeholders today expect the actions and behaviour of the organisation to be based on the ethical standards of society – not by a special set of more ‘permissive’ standards.
When an organisation’s culture is ethically flawed, those that work in the organisation are essentially given a licence to ignore what’s ‘right’, adopting the values shared by those at the top.
The FIFA situation appears on the face of it to have been driven by greed – the greed of a number of individuals who pursued selfish interests including power, status and personal gain. Once the British press got hold of the story, the public began to see the organisation in a different light.
So what of Mr Blatter? It is difficult to see how unethical behaviour that, on the face of it, appears organisation-wide can be attributed solely to the values of a single person however as president it was one of Blatter’s roles to ensure that ethical principals were adhered to.
It is incumbent upon the authorities, whether government, legislative or regulatory, to embrace and practice ethical values that are acceptable across the world. We live in a world where technological change means that the ethical values of multinational and international businesses need to be acceptable to all stakeholders in all parts of the globe.