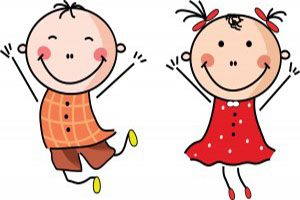 Do you treat your staff like grown-ups? For example, how much freedom do you give them to get their jobs done or how much do you trust them to work when either you’re not there or they’re working from home?
During the recent London tube strike, which the government estimates cost the capital £50 million per day, thousands of people left work early on Wednesday, whilst thousands had their journeys delayed on Thursday.
Why weren’t more people working from home when it is so easy with the technologies of today to do so?
I believe that this has a lot to do with managers within organisations large and small not treating people with the respect that they deserve – not treating staff like grown-ups. I’ve said it before but some managers don’t allow their staff the freedom or the space to realise their full potential.
By agreeing objectives with each member of staff everyone feels empowered to do the job they want to do. Allowing every member of staff to feel appreciated, respected and trusted, means that they are far more likely to realise their full potential and in many cases exceed the expectations of their manager.
I remember some time ago talking to the director responsible for our department about a member of another team who wasn’t performing particularly well working under his manager. I offered to take him onto my team as I believe he showed real potential and a real flair for getting more out of the accounts that he managed – he just needed to win more of them.
My director agreed to the move and he joined my team the following week. When we sat down for our first meeting, I asked him to take me through how he liked to work. There were elements that fitted within the structure we had adopted within the organisation, however there were other areas which went against what we normally did.
We agreed some parameters to the way he performed his role, but generally I allowed him to operate in a way where he had complete autonomy and responsibility in the day to day running of the geographical area in which he was responsible for generating revenue.
After our meeting I saw him once a week for our regular weekly meeting and once a week when he came in to complete paperwork including preparing proposals and processing orders.
Three months after our initial meeting he was generating twice the revenue of any other person in the department. I asked him why there was such a difference in his performance to which he responded “You let me get on with my job and didn’t want to know my every move”.
With a higher level of service driven businesses in the UK today (as opposed to production driven as it was thirty years ago) people are often a competitive advantage enjoyed by the business. That is to say that in many businesses, it is the people that make the business what it is.
Good people, allowed to work in the way that best suits them and not “the way it’s always been done” can bring fresh new ideas to stale industries.
Working to a framework rather than a script, people will feel motivated and inspired making them more likely to be entrepreneurial, more likely to enjoy the work they do and more likely to stay with the organisation.
Treat your staff like grown-ups, give them the space to do their jobs more efficiently and they are likely to become more effective.